Prof. John Y. Chiang received the B.S. degree in Electrical Engineering from National Taiwan University, Taipei, Taiwan, in 1985, the M.S. and the Ph.D. degree in Electrical Engineering from the Northwestern University, Evanston, IL, USA, in 1987 and 1990, respectively. He is currently a Professor and Chairman of the Department of Computer Science and Engineering of the National Sun Yat-sen University, Kaohsiung, Taiwan. His areas of research include image processing and computer vision. He has published over 60 journal papers, covering underwater dehazing, tongue diagnosis in traditional Chinese medicine and bearing defect inspection, etc.

Flower is one of the few Taiwan agricultural crops sparkling in the world. Among them, orchid, constituting 85.4% (176 million USD) of the total 206 million USD of flowers exported in 2015, is the major item. The culturing of orchid often encounters the raging of pest. If the source of pest cannot be determined or negligence in early pest treatment, flower exportation will be severely hindered. Take the US Customs for example, if pest is found during quarantine process after a month-long ocean shipment, the whole container will be returned or undergone fumigation. This practice will adversely affect the quality of orchid delivered. Furthermore, for countries with zero-tolerance of pest, the exporting of orchid will bear the risk of non-tariff barriers to trade.

The current diagnosis of orchid pest is based mainly on symptoms showed and identification of pest. This can only be proceeded after the outbreak of pest, causing a delay in effective prevention. Even though manual inspection is often performed prior to the packing and transportation of orchid seedling to identify visible symptoms and pest, yet this practice is ineffective in detecting disease not yet incident and symptoms too early to be observed. Hyperspectral imaging, combining traditional imaging and spectroscopy, derives the types and quantities of ingredients in the specimen from the specific spectral absorption characteristics detected. This technique can qualitatively and quantitatively determine the ingredients and spatial distribution of the specimen swiftly. Applications of hyperspectral imaging to fruit harvesting, packing and pest identification, etc.

The application of hyperspectral imaging technique to the early detection of pest in orchid culturing has the advantages of comprehensive, non-invasive, non-destructive, real-time and highly sensitive nature, no cumbersome preprocessing and chemical reaction process, no limitation in operating temperature, low cost, easy operation and no pollution during the detection process. Through the inspection of fungus infection, pest or metabolites, and the comparison of spectral characteristics data, the ingredients within the samples can be analyzed to grade the quality and health of orchid, lowering the threat of spreading of disease and expedite the transportation and quarantine processes followed. This talk will discuss the first-year result of a three-year project, namely, the establishment of early pathological index of orchid pest based on plant pathology, the determination of the spectral bands to discriminate the corresponding orchid pest, the sensitivity test, the formation of orchid pest detection criteria and guidelines in assessing the degree of disease infection. Before packing for ocean shipping, the orchid seedlings can be placed on the conveyor belt and comprehensively scanned by hyperspectral light source to prevent one with pest into the container. The shipping quality of orchid exported can be greatly improved to facilitate expedient customs clearance. Incorporated with the deployment of orchid pest control information system, early prevention and warning strategies can be taken to promote the quality and stability of orchid supply mechanism, and increase international competitive advantage.

Atsuo Yoshitaka is Associate Professor of the School of Information Science at Japan Advanced Institute of Science and Technology, Japan, where he has been since 2008. He is a Visiting Associate Professor at MJIIT (Malaysia Japan International Institute of Technology) since 2016, and a Visiting Professor at UIT (University of Information Technology) in Myanmar since 2017. He served as Assistant Professor of the Faculty of Engineering at Hiroshima University until 2008. He also served as adjunct lecturer at Tokyo Denki University. He received B.E., M.E. and Dr. of Eng. from Hiroshima University in 1989, 1991 and 1997, respectively. His research interests include image/video content analysis, multimedia content analysis, multimedia / mobile computing, affective information processing, gaze analysis for human-computer interaction.He serves as steering committee member of IEEE BigMM and served as conference chair of International Conference on Distributed Multimedia Systems, program co-chair of IEEE BigMM, IEEE ISM, Distributed Multimedia Systems.  He served as PC member of IEEE ICMCS, IEEE ICME, IEEE ISM and other conferences.

Talk: Directions to improve quality of life by image/video processing

Computer vision enabled to detect/recognize objects in the real world and interact with human. Because of the development of science and technology, productivity, efficiency, accuracy, and availability have been improved in various areas of applications. From the perspective of improving the quality of human life, there are several directions to be considered. Assisting diagnoses of diseases by medical image processing and interactive systems to aid self-observation of health condition will be discussed from the point of view of improving our physical health condition. Several studies on health/medical information processing following above-mentioned context will be introduced so as to understand how image processing can be contributed. Another direction is to enrich our literacy and/or skill in handling multimedia data in the context of IT and social communication. Nowadays social communication by means of text, image, video and/or audio is quite common and is the part of our daily life. We tend to focus more on new features or services offered by provider, however, it seems that we are less conscious of the importance of acquiring the literacy with regard to multimedia data. Several studies focusing on this issue will be introduced by following this observation. 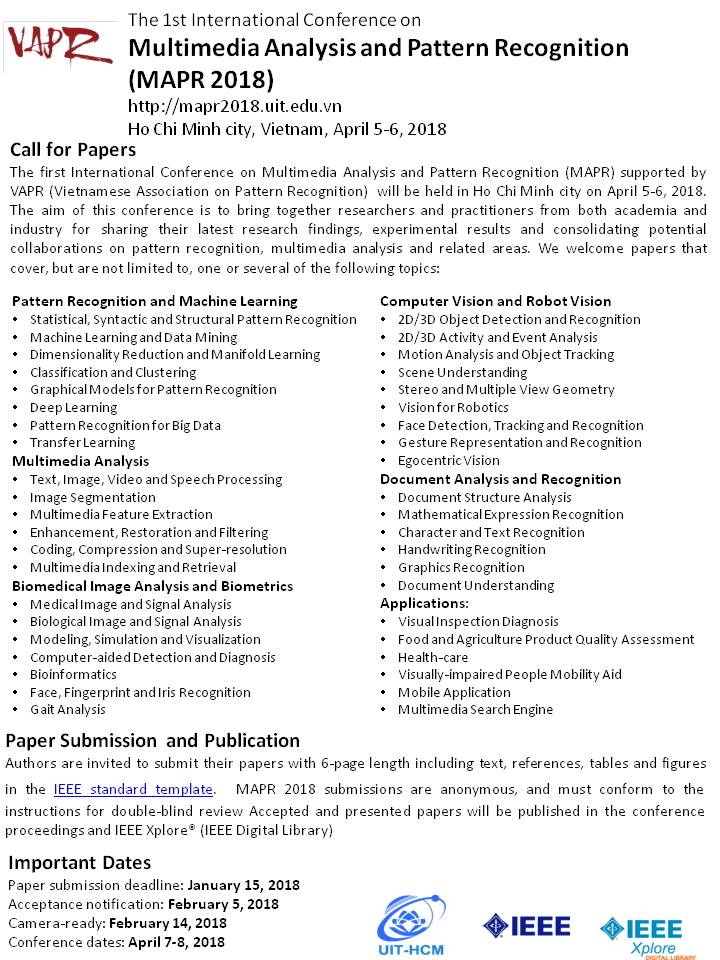 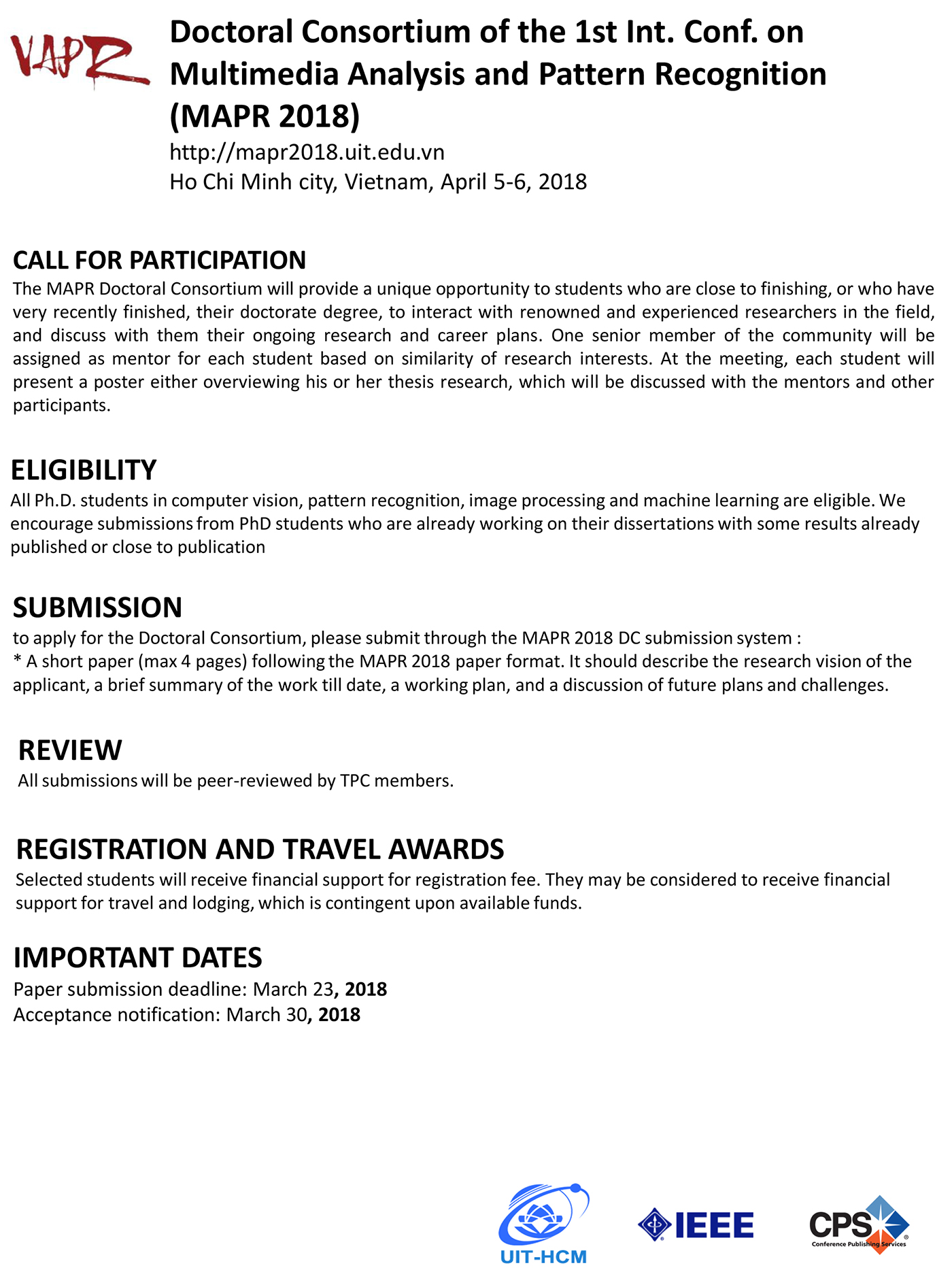